It is the practice of bringing harmony between mind and body that is the essence of yoga, which is primarily spiritual. It is an art and science of living a healthy lifestyle. Yoga is derived from the Sanskrit root ‘Yuj,’ which means ‘to join,’ ‘to yoke,’ or ‘to unify.’ Yoga, according to Yogic texts, leads to the union of individual consciousness with that of the Universal Consciousness, implying complete harmony between the mind and body, Man and Nature. The quantum firmament is just one manifestation of it, according to current science.

One who feels this oneness of being is considered to be in yoga and is referred to as a yogi, having gained mukti, nirvana, or moksha, a state of freedom. Yoga aims to achieve “freedom” (Kaivalya) or the state of liberation (Moksha) by overcoming all types of suffering. A primary goal of Yoga practice is to live with freedom in all aspects of life and to be healthy and harmonious. “Yoga” also refers to an inner science that includes a number of approaches for humans to realize this oneness and have control over their fate. Yoga, widely regarded as a “immortal cultural result” of the Indus Saraswati Valley civilization – dating back to 2700 B.C. – has proven to be beneficial to both the material and spiritual well-being of people. Yoga Sadhana’s very identity is based on basic humanitarian values. Also, Read: Expert Recommended Top Fitness Tips for Women

History of Yoga in India

Yoga is thought to have been practiced since the birth of humanity. In fact, yoga science predates the birth of the first religions or belief systems by thousands of years. In yogic literature, Shiva is considered the first yogi or Adiyogi, as well as the first Guru or Adi Guru. Several thousand years ago, Adiyogi taught yogic wisdom to the Saptarishis, or “seven sages,” in Asia, the Middle East, and Northern Africa.

Interestingly, current academics have recognized and marveled at the close parallels discovered between ancient cultures all throughout the world. The yogic discipline, however, found its fullest expression in India. Agastya, the Saptarishi who traveled across the Indian subcontinent, built this society on a fundamental yogic way of living.

The presence of Yoga in ancient India is suggested by the presence of seals and fossil remains of the Indus Saraswati valley civilization with Yogic themes and figures conducting Yoga Sadhana. In Tantra Yoga, mother goddess idols are decorated with phallic symbols and seals. Folk traditions, Indus Valley civilization, Vedic and Upanishadic legacy, Buddhist and Jain traditions, Darshanas, epics of Mahabharat and Ramayana, theistic traditions of Shaivas, Vaishnavas, and Tantric traditions all have Yoga in them. Additionally, South Asian mystical traditions included a primordial or pure Yoga. This was the era when Yoga was practised directly under the supervision of a Guru, and its spiritual significance was emphasized.

It was a component of Upasana, and yoga sadhana was incorporated into their ceremonies. There was a great deal of importance placed on the sun during the Vedic period. It is possible that ‘Surya namaskar’ evolved later because of this influence. Pranayama was used in everyday rituals and to make the oblation. Though Yoga was practiced throughout the pre-Vedic period, the great Sage Maharshi Patanjali systematized and defined the then-existing practices of Yoga, as well as its meaning and related knowledge, in his Yoga Sutras. Following Patanjali, several Sages and Yoga Masters made significant contributions to the field’s preservation and development through their well-documented practices and literature.

All About the Types of Cosmetic Surgery 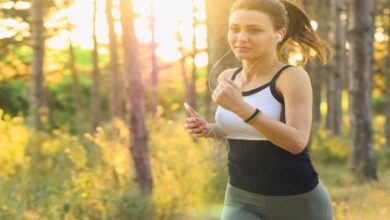 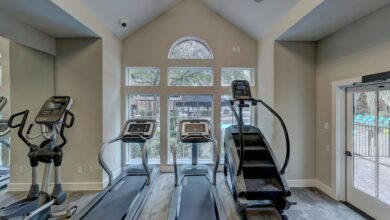 Must have Home Gym Equipment to Get Fit in 2022