As the saying goes, ‘To err is human, to forgive, divine. It is pretty normal to make mistakes and get into a fight. It would be strange if friends have never fought in life. A fight needn’t always be dreadful and terrible. It can also be considered as a new opportunity to discuss disagreements, accept the mistakes made, and compromise with one another.

Having fights with a friend often is good enough to acknowledge the causes that led to the fight. It is also a keen reminder to not keep repeating the same mistake over and over again. Though fights are good to strengthen your friendship bond, sometimes it may turn out to be awful to the extent that it might end up your friendship forever. So, let’s ponder over the basic things that one should avoid during a fight with a friend.

Bringing up the arguments or the mistakes that one may have made during the past is the worst scenario to be dragged into while resolving the current issue. Doing this can trigger the other and is no different from adding fuel to the fire. People tend to bring up the past, especially when the cause of the fight remains similar to the one they have had before. In a situation like this, rehashing the past would seem like the most convenient thing to do to justify oneself.

But by doing so, one would only end up making the situation worse.  Therefore, in such circumstances, instead of taking out the anger on the other person, friends who got engaged in the fight should sit and have an open conversation where they should address their grievances and come up with a solution to resolve the same.

2. Consider the opinion of mutual friends and not strangers

Humans favour acceptance. Friends, after a fight, will look forward to seeking other’s opinions to validate their point of view and eventually gain moral support. While doing so, never consider taking suggestions from a person whom your friend is not acquainted with, because he or she may not be able to come up with the right judgement. In situations like these, always seek help from one of your mutual friends or well-wishers.

This is because mutual friends would know how deep the relationship between the two friends are when compared to others. While sharing the problem with any of the mutual friends, they will help to resolve the matter by pointing out the mistakes each one of them had made.  In lieu, if the two friends who got into the fight decide to solve the issue on their own, both of them will keep denying the mistakes they have made and will end up making the problem more adverse.

3. Don’t take advantage of their secrets

Who wouldn’t be angry after a fight?  But it’s all momentary and everything will be back to pace once the problem gets solved. But it isn’t easy as it seems. When in anger, we make the wrong choices, and choices made in anger cannot be undone. A best friend is someone with whom we share all our secrets.

Taking advantage of this after a fight and revealing their secrets to others is regarded as a foolish and atrocious act. One may regret long after doing this and may not be able to reconnect with their friends ever. Trust, being the most fundamental factor that upholds any relationship on Earth, friends should adhere to anything that it takes to trust one another.

Good communication isn’t all about speaking. Being able to listen to others is also important. No communication is complete without listening to what others have to express. People don’t have the patience to listen while others are speaking and tend to justify their perspectives without acknowledging their wrongdoings. This is when people misunderstand each other, with words left untold and unheard.

So, during a fight, always ensure that you don’t hinder the other from conveying what they have to talk about. Always encourage an open conversation to discuss the underlying factors that trigger a fight. This will help each other to withhold everything that may annoy the other and thereby enhance their friendship goals.

Having a friend to share your happiness and sorrows is a true blessing. Friends are the family we chose and it is our responsibility to treasure this family. Don’t ever let a silly fight ruin your friendship, but rather feel grateful to have found your tribe to vibe with.

Why do some people want to be alone? 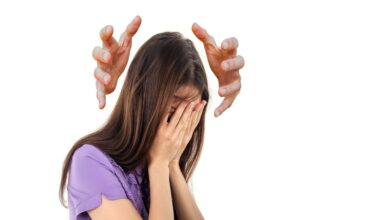 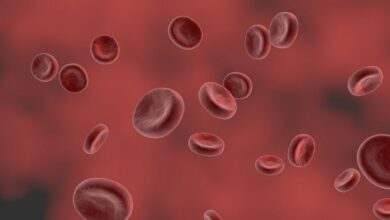