Humans can invent, which is what sets us apart from creatures. Over the course of time, humans have spread across the globe. Thanks to technological breakthroughs, humans have survived and become the most successful species on Earth. Aside from making life easier, such inventions as wheels, steam engines, and pesticides also provided humans with food and lessened the need for labour, allowing for specialisation rather than survival. The twenty-first century has also delivered several technologies that, in the future, maybe seen similarly to how we view the telephone today. There have been significant advancements in communication, medicine, economics, transportation, entertainment, and other fields over the last 20 years. This article will discuss some of the greatest inventions of the 21st century

For a long time, people have been preoccupied with immersing themselves in an imaginative world. Finally, computer processors are capable of creating this environment for humans using virtual reality goggles. Major electronics companies are all making VR headsets, which are gradually becoming more accessible to the general public. Augmented reality is becoming increasingly popular. To name just two instances, Pokemon Go and Snapchat, both of which add virtual layers to real-life things, have become hugely popular in the last 10 years.

For years, combining a phone and a computer was a pipe dream. There had been prior efforts, but it was truly just the iPhone that managed to do it flawlessly. The first iPhone was released in 2007. Following that, the concept caught off immediately, and firms like as Blackberry, Samsung, and Huawei swiftly followed suit. Also, Read: Expected Technology Trends in 2022

Following the global economic crisis in 2008, the idea of decentralized virtual money emerged. An online ledger system that is immutable and unhackable seemed the solution to the loss of trust in banks. With the Bitcoin development in 2009, it soon became the preferred payment method across a wide range of industries. Thousands of cryptocurrencies are already available, some of which are more popular than others.

Endoscopy of the Capsule

For the first time in 2001, capsule endoscopy was used to treat patients. As part of this non-invasive monitoring device, the patient must swallow a little pill-sized camera that will go through their digestive system. In this way, physicians can detect internal bleeding, cancer, and other illnesses as the camera advances through the digestive system.

There is no doubt that e-readers are a fantastic innovation that is loved by bookworms everywhere. Even though the Kindle was invented by Sony, it has become one of the most popular e-readers ever. With Kindles, customers can read for weeks on a single charge using an e-ink or digital ink technology. Sales of e-readers have declined with the launch of smartphones and tablets. Although conventional gadgets offer a few advantages over smart devices, dedicated readers are more inclined to use conventional gadgets. They also have a substantially longer battery life, don’t glare in direct sunlight, and are waterproof.

Tesla pioneered self-driving vehicles, and now other manufacturers, such as Volvo, are following suit. Electric engines are the way of the future, and new homes are already being built with a charging station built into the garage. Recent advancements in battery technology indicate that charging time will be lowered to a few minutes and automobiles will be able to cover a greater range on a single charge.

Getting a robot to think about how to best perform its duties is one thing, getting it to perform housework is quite another. Artificial intelligence aims to make robots capable of learning, planning, deciding, considering, comparing, aligning, and even reasoning abstractly. Although artificial intelligence won’t be on par with the human brain – and their abilities will be focused on a few diverse fields rather than being broad-based – it will be a major step forward in technological development, and might be available at a primitive stage within 30 to 40 years.

By the end of the twenty-first century, your house, vehicle, refrigerator, and so on will be smarter than you and capable of doing practically any activity you can think of. Not only would your home be completely automated, but so would almost everything else, from aero planes and factories to combat jets and battleships. Even whole cities would be run by a central computer core, which would be in charge of everything from activating the park’s sprinkler system when it sensed dryness in the grass to controlling the traffic grid and turning on the lights at dark.

Within a few decades, nanotechnology — those minuscule devices that can puncture a single human cell — may become a reality. It might be the next major step in human development to discover how to repair and improve non-organic technology with their micron-level healing abilities, while their self-replicating abilities will be harnessed to build everything from microchips to potato chips.

The acquisition of energy from non-polluting sources has long been considered the holy grail of research (i.e. oil, natural gas, coal, etc.). That fantasy is likely to become a reality before the end of the century. It will, however, come from a variety of sources and in very varied ways. Geothermal, wind, biomass, clean coal, nuclear, and solar energy will all play a role in the transition, but other, more exotic technologies may develop as well.

Every day, technology alters our lives. Important innovations, such as those stated above, may make everyone’s lives safer and more comfortable, as well as providing answers to environmental challenges. Communication is simpler than ever before, and entertainment is more immersive than ever before.

Personality Development Tips to be Successful in a Short Time 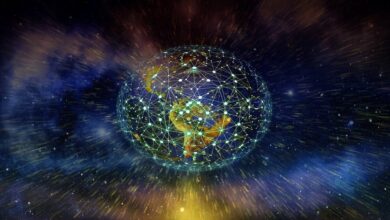 6G Network: Predictions for 2023 and Beyond

Flight Booking Tips: How to Find an Affordable