Historically, no asset has produced more long-term value than the stock market. Stocks have delivered a 6.44 annualised return over time, including dividend reinvestment and inflation adjustment. This implies that an investor’s money may quadruple around once per decade, which is rather amazing. However, since the start of the year, cryptocurrencies (digital currencies that use cryptography to produce money and verify transactions) have left the stock market in the dust. In many cases, virtual currency investors have witnessed a lifetime’s worth of returns in just ten months. Here are the historical facts of cryptocurrency which can be useful when people are planning to invest in cryptocurrency.

If you’ve been following cryptocurrencies, you’ve probably noticed that they’re quite volatile. This is due to the fact that virtual currency trading takes place on several cryptocurrency exchanges rather than a single exchange, resulting in heightened volatility. As of Dec. 18, the aggregate market worth of all cryptocurrencies combined had surged by more than 3,200 per cent since the start of the year. Nonetheless, bitcoin, the world’s most popular cryptocurrency, has had four 20 per cent declines in the last six months. To put it succinctly, cryptocurrencies are not for the faint of heart.

Cryptocurrencies Do Not have any Basic Support

Digital currencies, unlike the dollars in your wallet or any other currency in the world, are not backed by a central bank or a government. They also lack concrete basic features to aid in determining a suitable valuation. Whereas a publicly-traded stock’s earnings history may be used to assess its value, or a country’s economic success in terms of GDP growth to evaluate a currency like a dollar, digital currencies have no direct fundamental linkages. As a result, valuing cryptocurrencies in the traditional sense is extremely difficult, if not impossible.

Blockchain is Where the True Value is Found

Despite the emphasis on trading virtual currency, what lurks beneath cryptocurrencies may be extremely important. Blockchain technology is the foundation for cryptocurrencies such as bitcoin. It is a digital and decentralised ledger that securely and efficiently records payment and transfer transactions. It’s also a significant reason why huge firms are ecstatic.

To account for new transactions and payments, bitcoin transactions must be confirmed and the blockchain expanded on a regular basis. This task is performed by a group of people known as bitcoin miners. Crypto-mining entails utilising powerful computers to completely solve complicated mathematical equations in order to verify and log transactions. Being the first to do so frequently qualifies the miner to a reward in the form of cryptocurrency coins and/or transaction fees connected with a block. Though the gear and power expenses might be exorbitant, mining can be incredibly profitable.

A lot of Well-Known Companies are Experimenting with Blockchain Technology

Regardless of these drawbacks, few would argue that blockchain isn’t a potentially game-changing technology. In small-scale and experimental ventures, a number of large corporations have worked with cryptocurrency-backed blockchains. For example, 200 firms have joined the Enterprise Ethereum Alliance to put a version of Ethereum’s blockchain through its paces in small-scale initiatives. Microsoft, JPMorgan Chase (JPM 0.57 per cent), and MasterCard are among the corporations engaged. Cryptocurrencies Ripple and IOTA have also lately launched blockchain initiatives with well-known firms.

The Entry Hurdle is Relatively Low

It’s also worth noting that, while blockchain technology has the potential to transform the financial services industry, there are essentially no barriers to entry.

Developing blockchains and bringing cryptocurrency to market may be possible if you have time, money, and a coding team. What do you think about the implications of this for Ethereum and bitcoin, two of the leading cryptocurrency kingpins? The number of digital currencies on the market in July was less than 1,000. The number of digital currencies on the market as of December 18 was 1200. It is estimated that between 50 and 100 new virtual currencies are created every month thanks to blockchain technology. Virtual currencies and blockchains are vulnerable to each of these threats.

A Number of Nations Prohibit the Use of Cryptocurrencies

Cryptocurrencies may be the greatest thing since sliced bread, but they are not universally embraced. Some nations have opted to explicitly prohibit the usage and/or trade of digital currencies due to their uncontrolled and decentralised character. Trading cryptocurrencies, making payments in virtual currencies, and purchasing products and services in virtual currencies are all prohibited in a half-dozen nations, including Bolivia, Bangladesh, Nepal, Morocco, Kyrgyzstan, and Ecuador. And there’s a real potential that this list may increase. For example, Russia has been discussing prohibiting cryptocurrency payments for some time.

Bitcoins are Limited in Number

It’s true. Don’t believe you can acquire an unlimited supply of the cryptocurrency. A cryptocurrency can be compared to gold or diamond as a finite resource. Therefore, bitcoin’s value continues to increase as its supply decreases. At some point in the future, investors will run out of bitcoins and other alt currencies.

Many people regard cryptocurrencies as a strange sector. With the passage of time, more and more individuals are becoming interested in it and attempting to make money by investing in digital currencies. But there are a few things you probably didn’t know about the world of digital currency.

A Comprehensive Guide on How to Understand Yourself 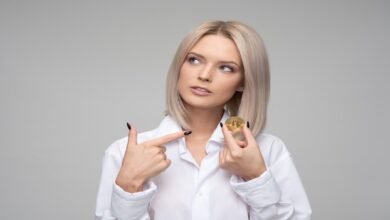 All About the Cryptocurrency Types in India 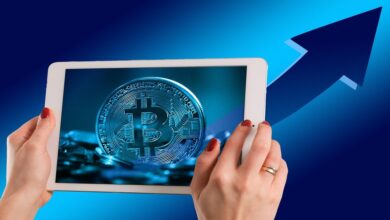 How to Sell Cryptocurrency Online: A Beginners Guide